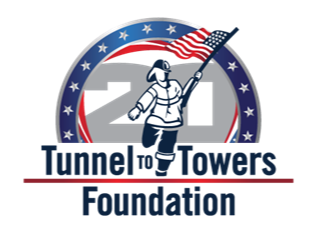 Columbia, SC -- As millions of Americans prepared to remember the tragic events of September 11, 2001, Rick Mantei and his team at Cola Wealth Advisors took part in this year’s annual Tunnels to Towers 5k Run & Walk in Columbia, South Carolina. The Tunnels to Towers Foundation was founded in honor of Stephen Siller, a heroic firefighter who on the morning of 9/11, raced through the closed Brooklyn Battery Tunnel on foot while wearing full gear to access the Twin Towers. It was at this moment, where Stephen’s heroic decision to sacrifice his life and save the ones of those around him are forever honored and remembered.

The foundation hosts a variety of events, from concerts and prayer services, to 5ks, fight nights, and more. In addition, the foundation has successfully raised $250 million in support of catastrophically injured first responders and veterans, as well as their families. Tunnels to Towers has also provided 450 mortgage-free homes to heroes in need.

This year’s event took place on the night of September 10, opening up with a memorial speech followed by the national anthem. During the speech, participants gathered to listen in front of the American flag, hung from a Columbia firetruck. Participants ranged from first responders and firefighters wearing full gear, to USC’s ROTC, veterans, and families. All participants ran together, starting at the Columbia Convention Center, going across the Gervais Bridge, along Columbia’s Riverwalk, and back up the Blossom Street Bridge to the finish line. Along the bridges were family members and observers waving full-size American flags, cheering on the runners and walkers, along with several participants who stayed at the finish line to encourage others through the final stretch of the 5k.

“Some of my favorite events from that evening, were running with the Columbia firefighters in their full gear and watching a military soldier carrying a full weighted pack on his back make his way across the finish line,” stated Cola Wealth team member, Lauren Firth. Another participant stated, “The image that sticks out in my mind was having all the retired military on the sidelines cheering and thanking everyone. It’s moments like that which remind me of America on September 12, 2001, the day when everyone was united as Americans.”

Veteran Rick Mantei, along with the members of his team at Cola Wealth Advisors are proud to support much needed foundations like Tunnels to Towers, Guns Garin, and others that continue to honor our nation’s heroes. For more information about the Tunnels to Towers Foundation, or how you can get involved, go to https://t2t.org/.

Rick Mantei is the owner and founder of Cola Wealth Advisors. Securities and advisory services offered through Centaurus Financial, Inc., a member of FINRA and SIPC and a Registered Investment Advisor. Cola Wealth Advisors and Centaurus Financial, Inc. are not affiliated. With the help of Kathy Nishnic, Atul Makharia, Lisa Mantei, Matt Hawkins and Cindy Chiellini, the team assists more than two thousand families in achieving their financial goals. For more information, please visit https://www.colawealth.com/.