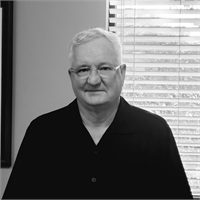 Col. John “Bones” Marshall was born and raised in Southern Maryland and has resided in South Carolina for the last 44 years. He attended Virginia Tech where he earned a Bachelor of Science in industrial engineering and later Webster University earning a Masters’ in management. He retired from the United States Air Force on October 1, 1997 after 27 years of service. During that time, he flew 236 combat missions in the A-37 aircraft in Vietnam and 40 combat missions in the F-16A in Desert Storm. He served as the commander of the 157 the Fighter Squadron and commander of the 169 th Fighter Wing for the South Carolina Air National Guard. His combat decorations include 2 Distinguished Flying Crosses and 16 Air Medals. John has over 20 years of experience in financial services and holds Series 7, 63, 53, and 24 licenses; he currently serves as a Registered Principal. In his spare time, he enjoys spending time with his wife, Deborah, as well as his children and grandchildren. Bones says that his favorite part of working in financial services is the ability to interact with clients and help them prepare and maintain a comfortable retirement.