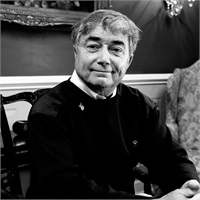 Originally hailing from the great northern state of Michigan, Rick Mantei serves as branch manager and seasoned broker at Cola wealth Advisors. Rick earned his degree in civil engineering from the United States Air Force Academy in 1976, where he learned the humbling and eternal lessons that freedom is not free, and a sacrificial give-and-take is required to sustain the liberty often taken for granted in this great country. He continued his education at Central Michigan University where he obtained his Master's degree in Personnel Management. In the following years, he also worked towards his Ph.D. at the International University.  Rick possesses incessant energy and a drive congruent only to that of the markets. After his worldwide deployment as an F-4 Phantom fighter pilot instructor, Rick moved to Columbia and began his finance career as a stockbroker at Merrill Lynch. In his 13 years with the firm, Mantei established himself as one of the top 10 Brokers nationwide and managed over $200 million in client assets. It was at this time that he joined the South Carolina Air National Guard as an F-16 fighter pilot. In 1990, Rick was reactivated and deployed to Saudi Arabia where he completed a tour in Desert Storm, earning him the Distinguished Flying Cross and multiple Air Medals. He retired from the South Carolina Air National Guard in 1997 as Lieutenant Colonel.

In 1994 Rick took a leap and opened his first branch under an independent broker-dealer. With over four decades of experience, Rick has developed an approach to investing that prioritizes authentic client relationships while embracing a macro view of the markets—allowing for financial advice that endures and adapts to the inevitable fluctuations of life. Rick brings forth his hard-learned military values of integrity and service in his everyday practices. He offers financial guidance that extends beyond the expected scope to include consideration of taxation, retirement planning, business structure, and real estate through all stages of wealth accumulation. For Rick, providing financial advice is an authentic and enduring profession with the unbounded potential to change someone’s life for the better.

At this point, Rick’s many passions persist undeterred. He strives to continue to mentor future generations in whatever facets he’s granted: typically in flight or in developing advisors. When he’s not managing his multiple offices, Rick is likely soaring amongst the birds in one of his treasured vintage planes or spending time with his wife, Lisa, and unsurprisingly vivacious daughters, Sara and Scarlett.