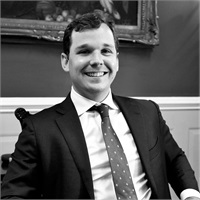 Greer Thomas was born in Warner Robins, Georgia and moved to South Carolina in 2012 to attend the University of South Carolina, where he graduated with a Bachelor of Arts in economics with a minor in political science. Prior to his time at USC, Greer attended Georgia Military College where he was a member of the Bulldog golf team. He has worked in the financial services industry since 2014 and holds a Series 7 and Series 63 license as well as a license in life insurance.

In his spare time, he enjoys golfing, kickboxing, traveling, and is an avid Carolina football fan. Greer believes working directly with clients is the most rewarding aspect of his job.