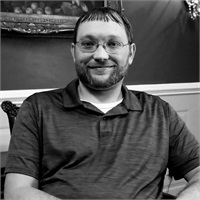 Jason Jeanquart was born in Wisconsin and has resided in South Carolina since 2015. He attended Lakeland University in Wisconsin where he earned a Bachelor of Science degree in finance and business management. Jason began working in financial services in 2013 and became Operations Manager for Centaurus Financial in 2015. After serving as Operations Manager for 2 years, Jason decided to obtain his Series 7 and Series 63 license.

In his spare time, Jason enjoys spending time with his wife Jennifer and attending Gymnastics competitions with his Daughter. Jason says his favorite part of working in financial services is interacting with clients and their families.